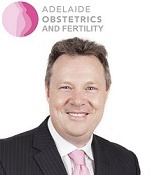 You have heard about genetic testing of embryos but don’t really understand who needs it, why people would opt for it or what is involved?

The good news is that genetic screening can be highly beneficial for a range of people, including those who: are suffering recurrent miscarriage; are of advanced maternal age; have a family history of chromosomal disorders; or have experienced previous unsuccessful IVF cycles.

What is genetic screening of embryos?

Genetic screening of embryos in IVF is known as pre-implantation diagnosis or PGD for short. It involves genetically testing the embryo before it is implanted.

Put simply, this genetic screening is used to detect anomalies in the number or structure of chromosomes in embryos. In some instances just the eggs can be genetically tested before fertilisation occurs.

Why is it useful to carry out genetic testing?

When embryos have abnormal chromosomes it may: prevent implantation to the uterine lining; lead to pregnancy loss; or result in the birth of a child who has disabilities.

The potential benefits of advanced embryo selection and choosing only chromosomally normal embryos include: lessening the risk of having a child with a chromosomal abnormality; lowering the incidence of miscarriage; increasing the chances of IVF success; reducing the number of IVF cycles required to achieve a successful outcome.

How is it done?

The most common embryo testing method is an embryo or blastomere biopsy, whereby some blastomeres or embryonic cells are carefully removed on the fifth day of embryo development and tested.

A second test is available. A polar body biopsy is where the maturing egg produces two small cells known as polar bodies, which degenerate after fertilisation. The polar bodies are carefully removed and the chromosomal content is tested. This is rarely performed and is used to check egg quality.

How are the cells analysed?

The CGH testing method looks at all chromosomes, including the X and Y, and compares them with a sample of “normal” DNA. A computerised scanner interprets the results of the slide, which are then verified by a scientist. CGH can test all 23 pairs of chromosomes.

The FISH method uses probes labelled with different fluorescent dyes. The chromosomes are counted and the geneticist can distinguish between the normal cells and those with aneuploidy (an extra or missing chromosome). FISH is only able to test a limited number of chromosomes.

While the PGD testing of the cells is taking place, the embryos are kept in a culture in an incubator and are then frozen and kept in storage.

If the testing reveals normal embryos, the best-quality embryo is chosen to be transferred. The remaining viable embryos will be frozen for future use if required.